We all have things we like to do when various events happen in our lives. When we get a promotion at work, or after we pitched a winning game for our church softball team, perhaps many of us go out to a nice meal and celebrate with friends and loved ones. Or maybe after receiving bad news, we call up a close family member or friend for consolation.

Regardless, circumstance affects us, and how we respond is often a conscious decision we make to handle those circumstances.

Among those responses, as Christians, we have the blessing of turning to the scriptures for the hope, blessings and promises of God that He brings through His Word. As we study the word and grow in our Christian maturity, we find we also become closer to Him. Through all of this, we discover that specific scriptures resonate with soul more than others because they deal directly with emotions and struggles we have endured more deeply than others. These verses, which encourage and give hope and peace, will tend to stick in our minds and hearts.

Therefore, we should recognize these scriptures as a divine gift to each of individually, and hold tight to these. When tense situations arise, these GO-TO VERSES become ingrained in use to help us persevere. We can stay the course with joy because we recognize Paul’s words in James 1:2-4,

Consider it pure joy, my brothers and sisters, whenever you face trials of many kinds, because you know that the testing of your faith produces perseverance. Let perseverance finish its work so that you may be mature and complete, not lacking anything.

That James passage above is a favorite of mine, as is Psalm 23, which has calmed my soul more times than I can count. James helps me persevere while Psalms calms my spirit.

What verse speaks to you? Which one or one’s have always jumped out to you?

Maybe they are doing that because they are resonating with your soul. Write them where you can always have them close until you have them memorized as you do your name. Write them on your heart.

Let not steadfast love and faithfulness forsake you;

bind them around your neck;

write them on the tablet of your heart.

Then, when you encounter tough situations, remember them. Thank the Lord for them and for calming your spirit.

As Jesus died on the cross just for you…

your GO-TO VERSE is scripture written…just for you. 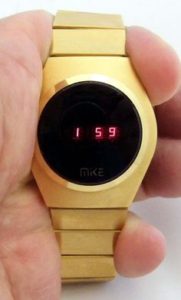