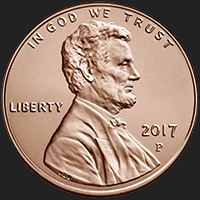 3 thoughts on “Pennies from Heaven”